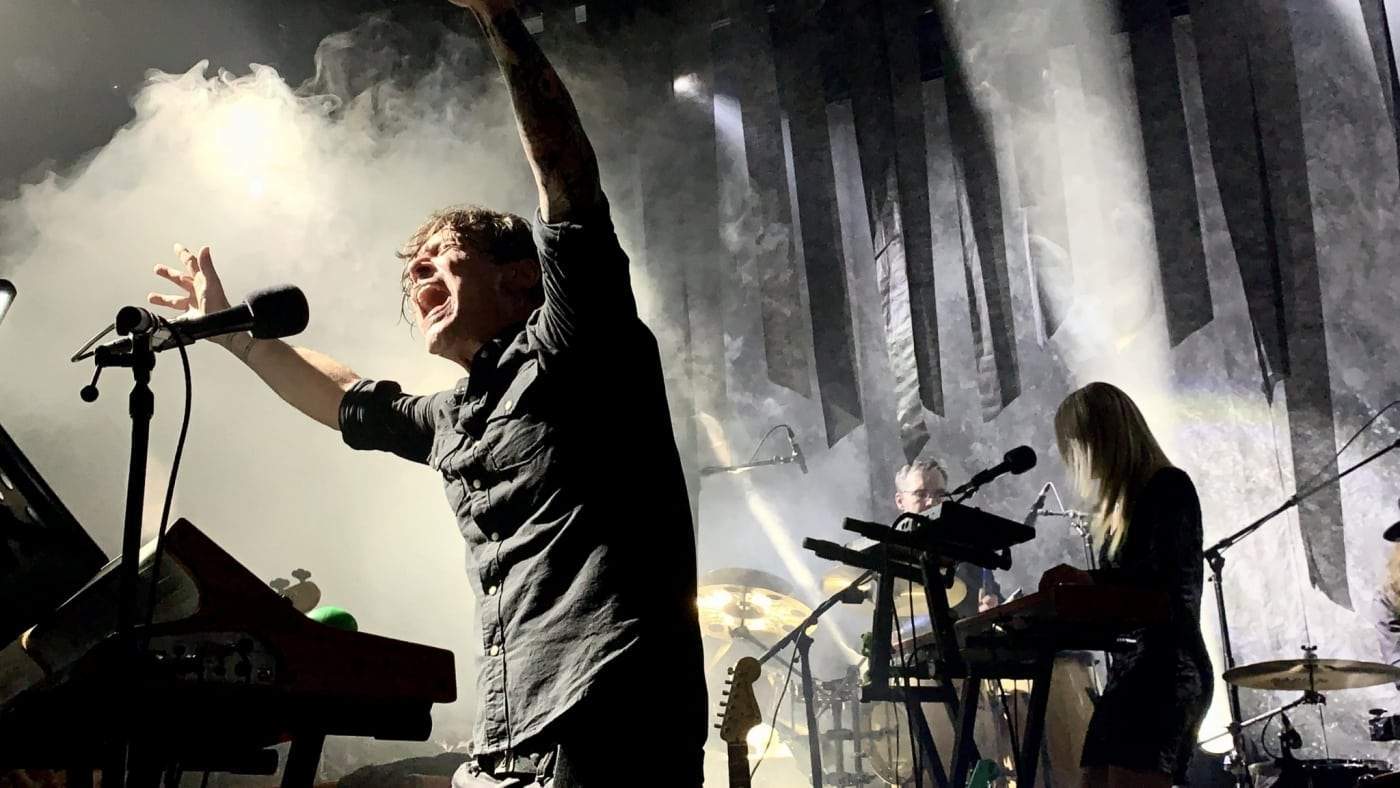 As published in Montreal Rocks

Alex Henry Foster performs at a sold-out L’Astral on November 30, 2019.

“Who is this guy?” I said to myself, being handed an Alex Henry Foster pamphlet, as I exited Club Soda.

Earlier that day, I had a fascinating conversation with Bishop Briggs and subsequently caught her show in the evening.

This was the sixth or seventh AHF pamphlet I had received since the summer. After every MTelus show…at the Jazz Festival Verdun exit…there was this mysterious picture of Alex. This street team is dedicated!

Curiosity got the best of me, and I went to YouTube and found this.

I reached out and secured an interview before his sold-out show at L’Astral on November 30th, 2019.

I was definitely not expecting the conversation to last over 45 minutes and to get so deep.

En français: ici and even in Japanese !

To call this a concert review would not give it justice…it was a 2 ½ hour performance. Intense, captivating and powerful are the words that spring to mind as I think back to my experience.

Alex put Your Favorite Enemies on hiatus, after playing in front of 90,000 fans, yet feeling nothing inside. You could tell that to the sold-out crowd, Alex was feeling something far superior, intimacy with his fans.

There he was, performing solo, but with the full backing of the members of Your Favorite Enemies behind him, and then some. Nine talented musicians shared the stage, led by Alex.

This was more than a concert. It was the story of a man whose life was shattered by the death of his father. He escaped to Tangiers to grasp at the shards of his life, and slowly put himself back together again. He would never again be the man he was before but experienced a rebirth as an artist.

The street team was just a glimpse into the support that Alex has behind him. There is a genuine love and respect from fellow bandmembers who trust that this story had to be told musically, and they fully backed him.

Each song was a glimpse into the mind of Alex as he struggles to make sense of all the pieces in the puzzle of his life.

These were not your typical 3 to 4 minute pop songs. The mathematical average length of the songs were 13 1/2 minutes, but the reality being that some went past the 20 minute range.

A cohesive group of musicians told this story with every note, backed by an extensive lighting show.

I was not familiar with all his songs, but some of the highlights were “Winter’s Coming In” and “The Hunter” among many others that I simply cannot name.

The 2 1/2 hour set went by in a flash, and we had to return to reality. The lights were turned on, and the fans remained, speaking to one another.

Alex Henry Foster and the band were in the lobby, once all were moved out of the main area. Alex hugged every single person in the lobby, having found some magical boost of energy after his draining performance.

That energy comes from his connection to his fans, a group so diverse in every metric.

I got my hug, and made my way into the darkness of the night to catch the last Metro.

I remember sitting there reflecting on the day and night I had and couldn’t help but appreciate the connection I made with Alex through our conversation. I appreciated experiencing this intimate story with his dedicated fans. I appreciated his courage to share with us his incredible journey.

I look forward to seeing where that journey leads him.